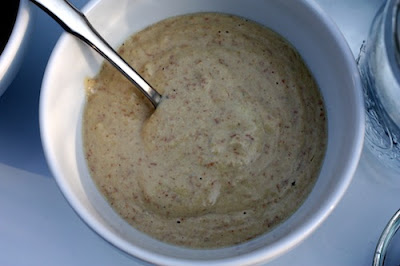 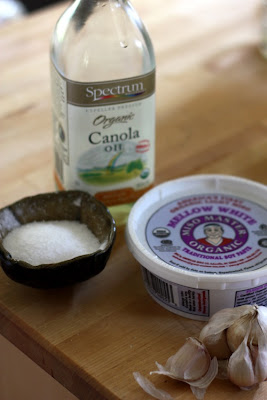 These are some of the ingredients. 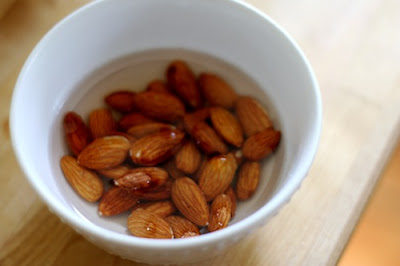 Also these. I thought soaking the almonds would make the sauce creamier, but it is not a scientific study as there was no control group. 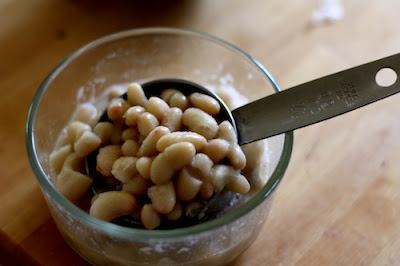 Beans. Nothing like a bean sauce for topping beans. Ha ha. 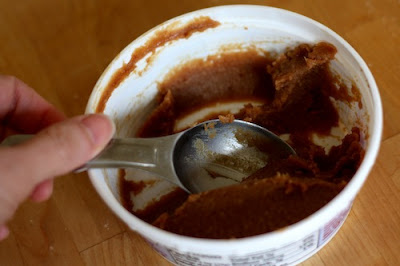 Miso. I think that red miso would be too strong for this. If you don't have miso, use soy sauce and see how it goes. 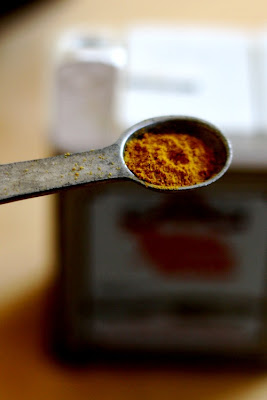 Curry powder. Even though all the online approximations of this recipe call for it, I was kind of dubious. But when I tried omitting it the second time, the sauce didn't taste as good, so I put it back in. Yumm fans allege that there are green specks in the Yumm sauce, but I did not add any herbs to mine. 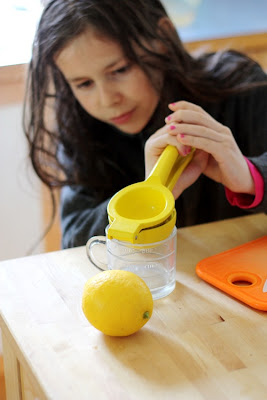 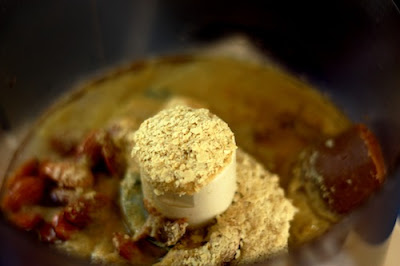 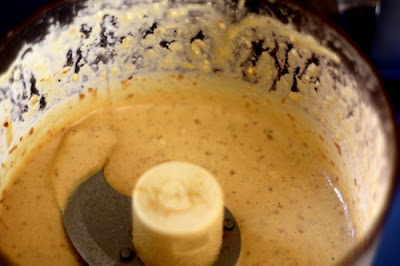 And after. The texture is great: silky and creamy, and just a little nubbed from the almonds. 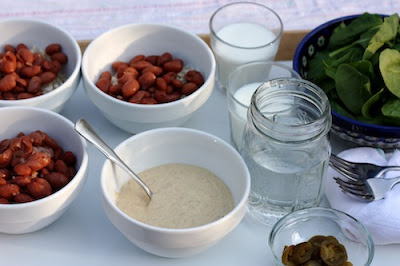 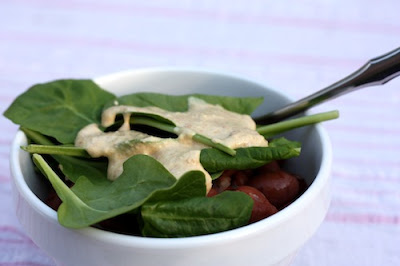 And fixed. This is not a beauty shot, but it still appeals to me. 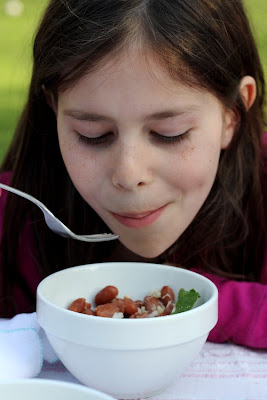 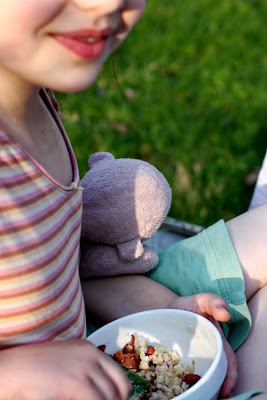 And Yummy Kid #2, with dinner and pink monkey. 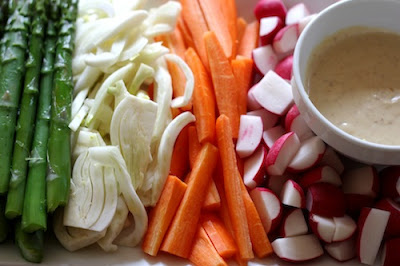 Last night I made this to bring to dinner with friends, and there was not a single yummy drop of sauce left afterwards.