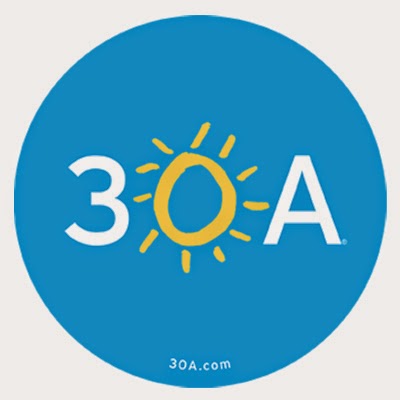 I just got back from a family vacation in Seagrove, Florida, on beautiful 30A, a beach road that runs between Destin and Panama City. It's a favorite destination of mine...and offers so many options for excellent coastal dining.

My first stop upon arrival is always at Seagrove Village MarketCafe. This visit, while we were waiting in line to order, we saw several varieties of Grayton Beer in the cooler, so we tried their (new to us) brews...and we drank local for the rest of the trip! 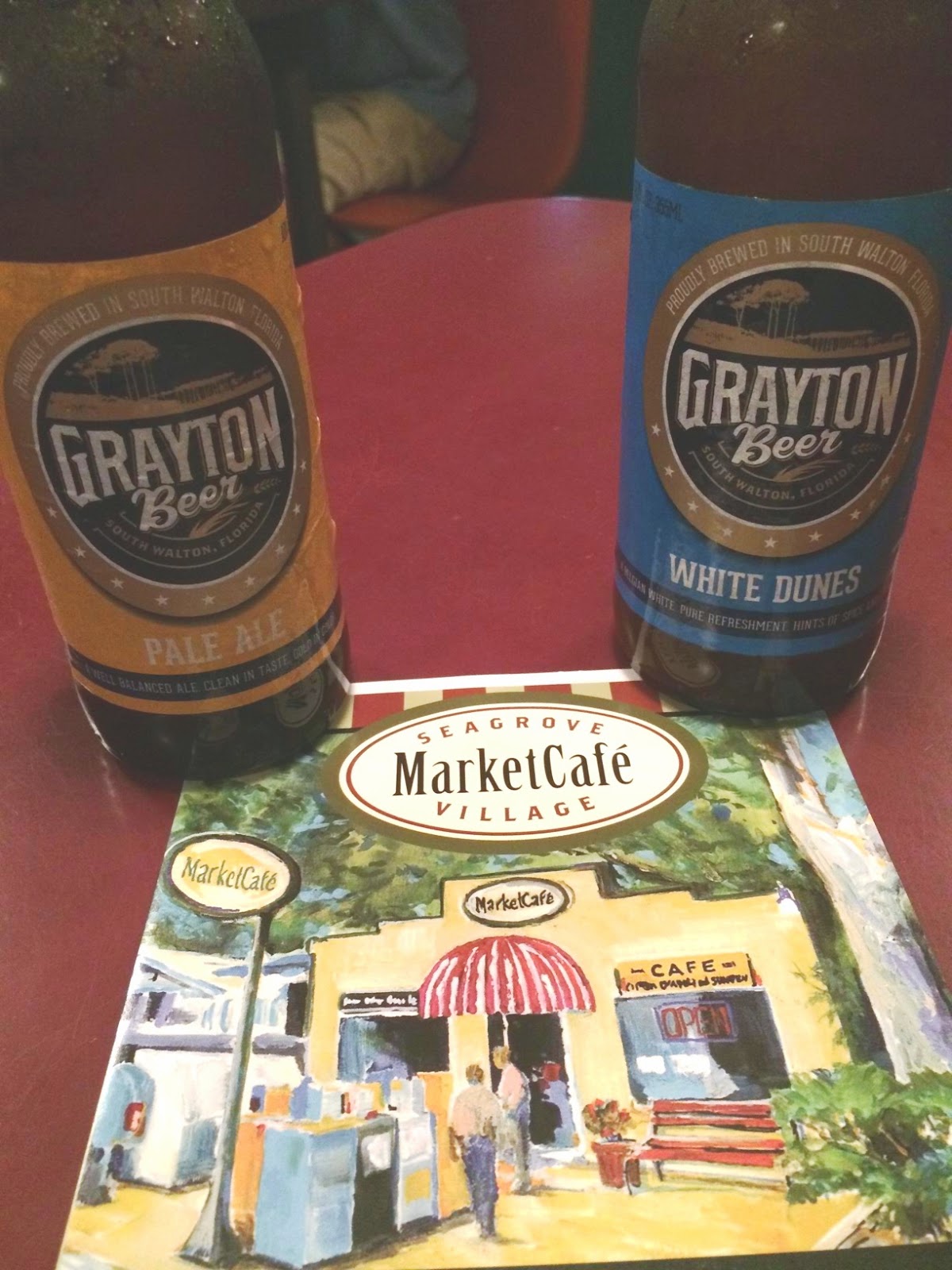 They've been "Serving Deep Fried Love since 1949," and they also boast that their burger has been voted #1 on 30A. I always go with the grilled grouper sandwich, and it's the perfect way to kick off a beach vacation! 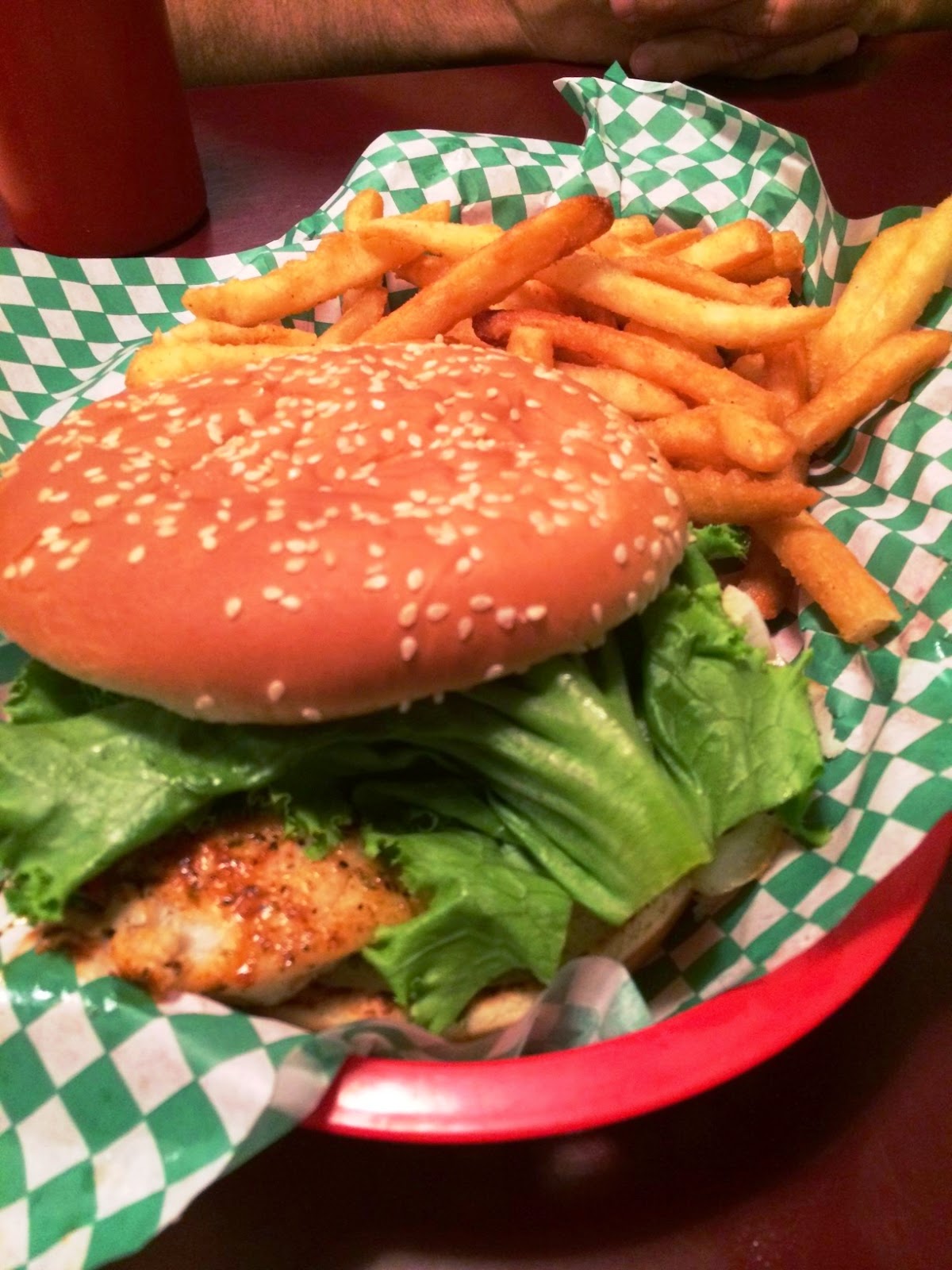 On your way out to pay your bill, be sure to check out the market, which is chock full of local souvenirs.

Another favorite of mine is The Red Bar...but since it was a holiday week, we worried that it would be too crowded for dinner our first night in town. We opted instead for their sister restaurant, Louis Louis, which is actually located on Hwy. 98.

I was pleased that the atmosphere and menu were very similar. It's eclectic and charged with energy. Both restaurants offer just five dinner options, presented tableside on a chalkboard menu. 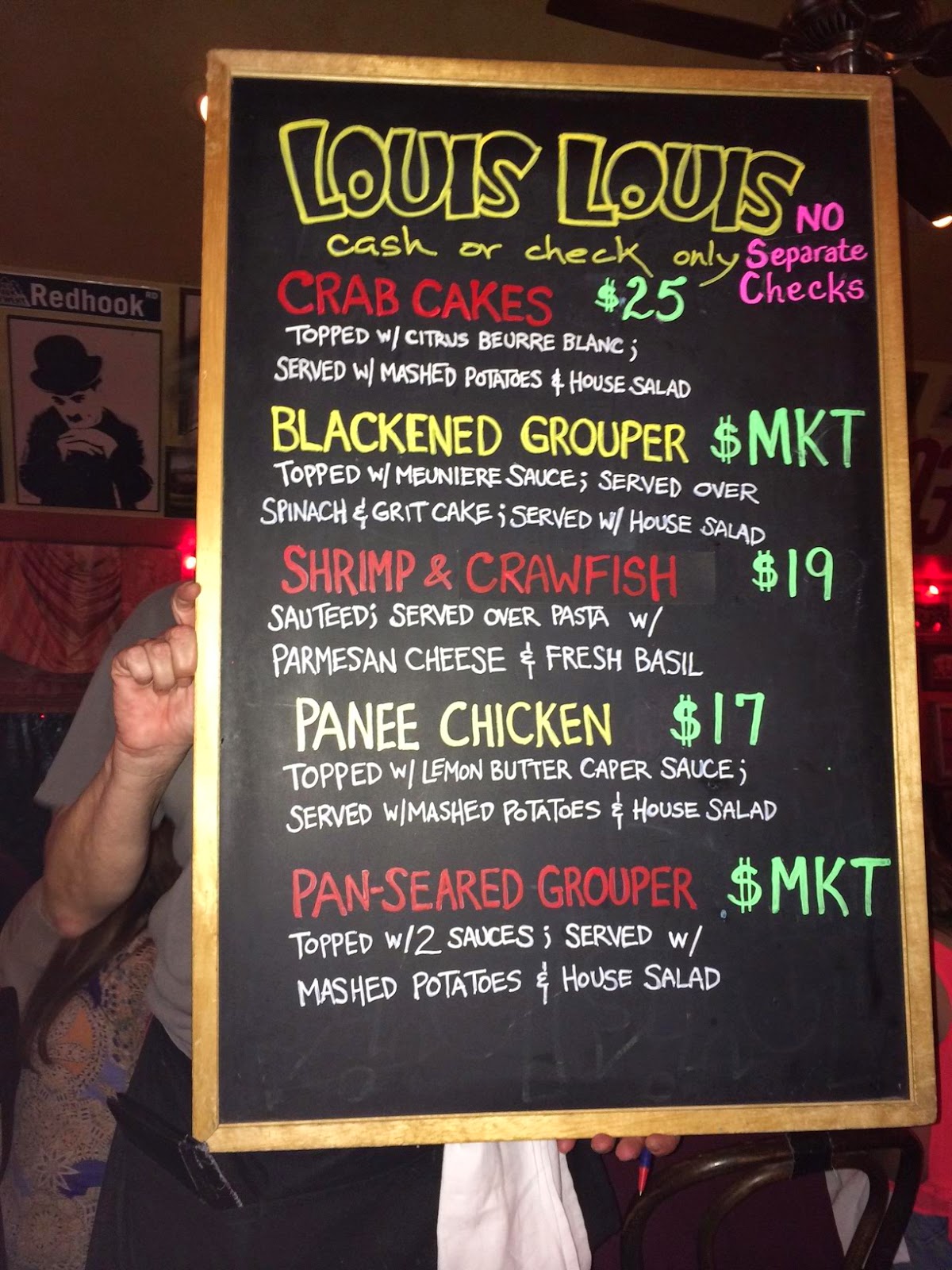 I went with the crab cakes, which were topped with a citrus beurre blanc and served with mashed potatoes and a house salad. No fillers here...just pure crab with a light binder. Delicious! 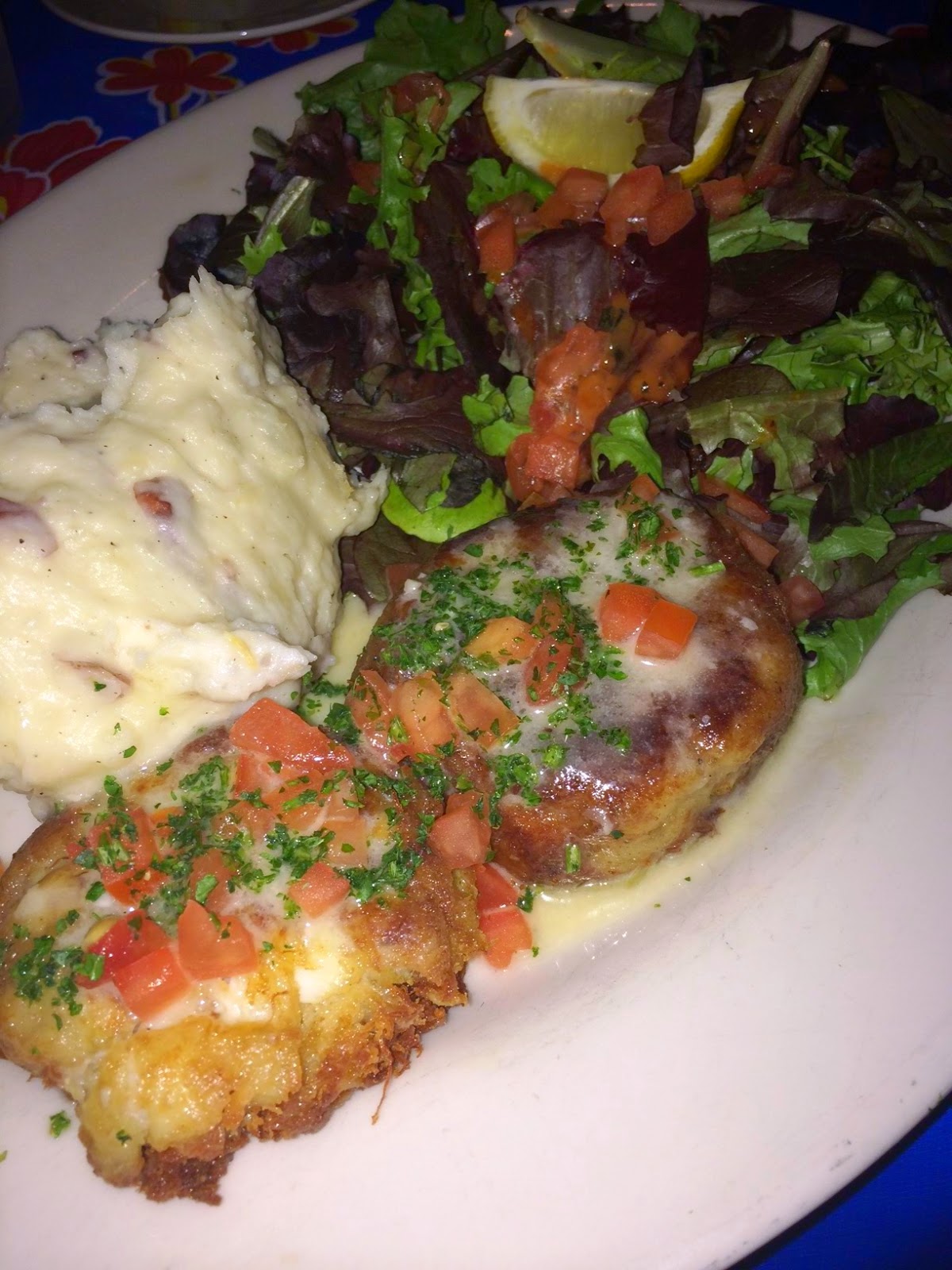 Note: They don't accept credit cards, but there is an ATM on site.

For lunch the next day, we went to a family favorite, Shades. They have an extensive menu, and it's a great place to take kids, both for the crayons and activity sheet as well as a game room to keep them occupied until the food arrives.

I have loved fried crab claws since I was a child, and this is my "go to" to get my fix! 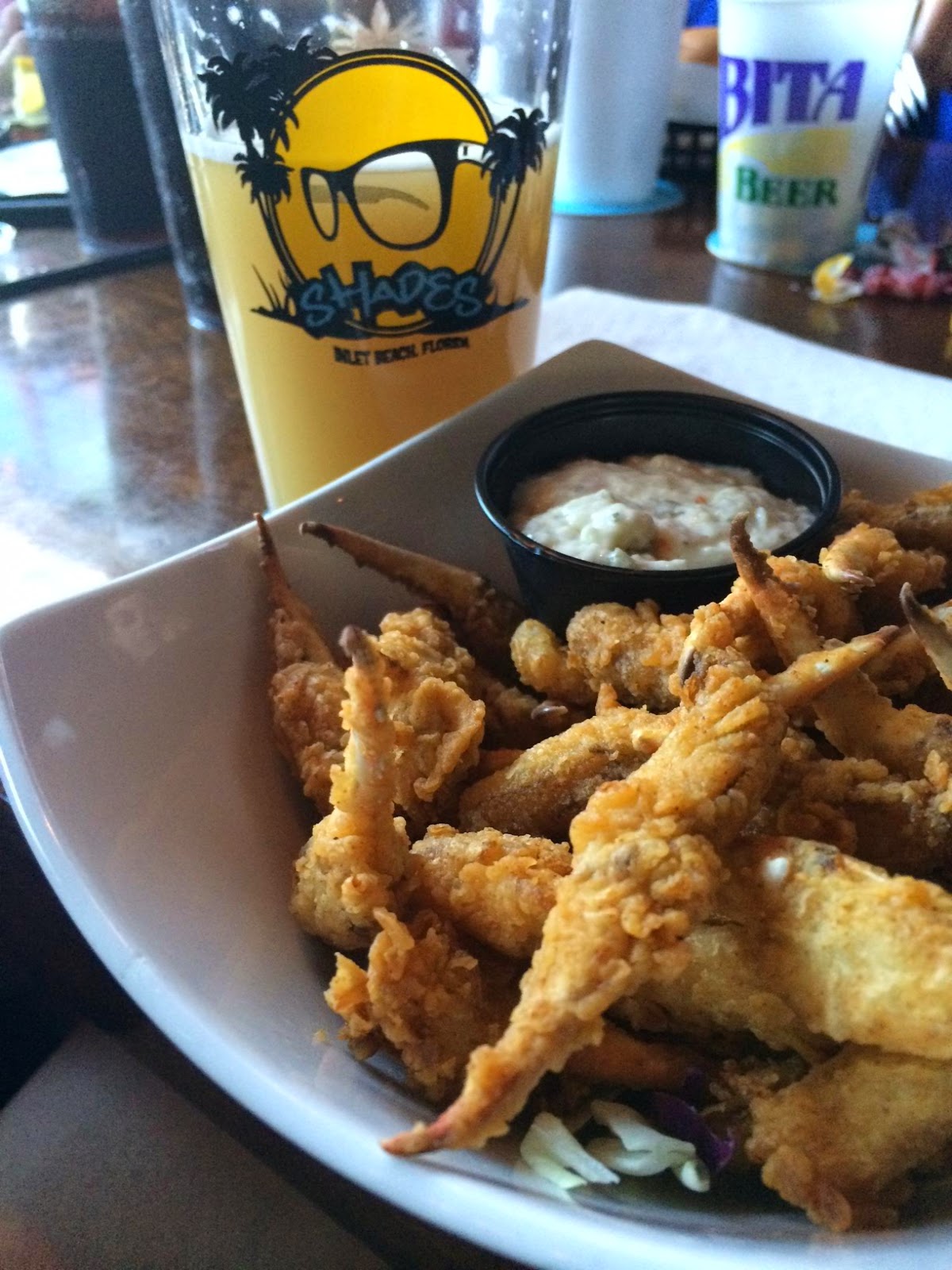 Later that day, for a drink before dinner, we stopped at 723 Whiskey Bravo. They had the 30A Beach Blonde, also made by Grayon Beer, on tap. I fell in love with the light, crisp taste and ended up picking up a six-pack later at Publix. 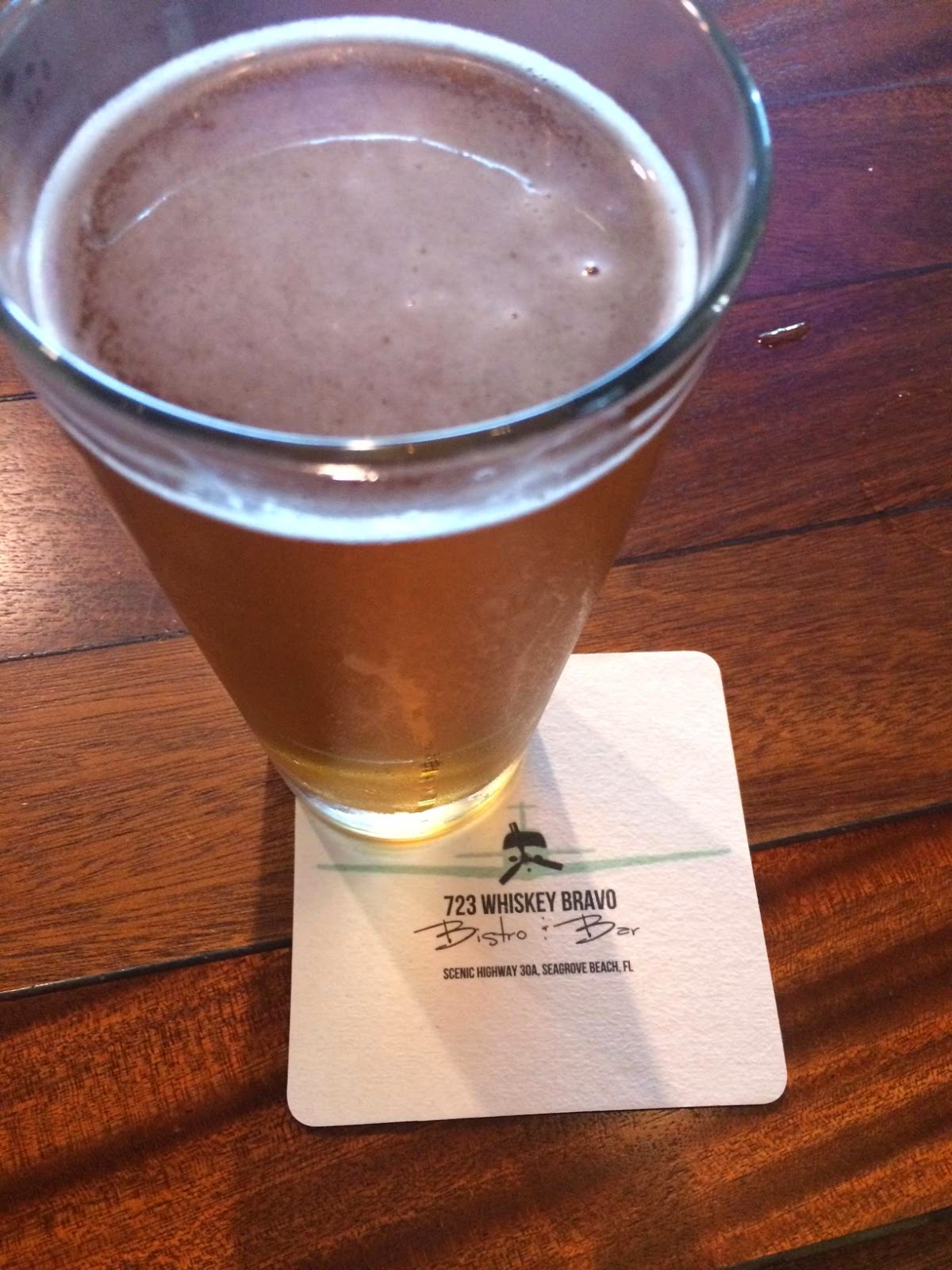 Be sure to check out the rooftop bar for a gorgeous view of the Gulf! They also offer great Happy Hour specials, including a "5 for $15" entree menu.

The bartender overheard us talking about where we were headed for dinner (Stinky's Fish Camp). She used to work there and said that one of their appetizers was one of the best dishes she has ever had.

I have visited Stinky's countless times, but I have skipped right over this dish until she told us it was a MUST. So, our party of four started with the blue crab-stuffed squash gratin...and she did not steer us wrong. This was decadent! I'm still thinking about it...new favorite! 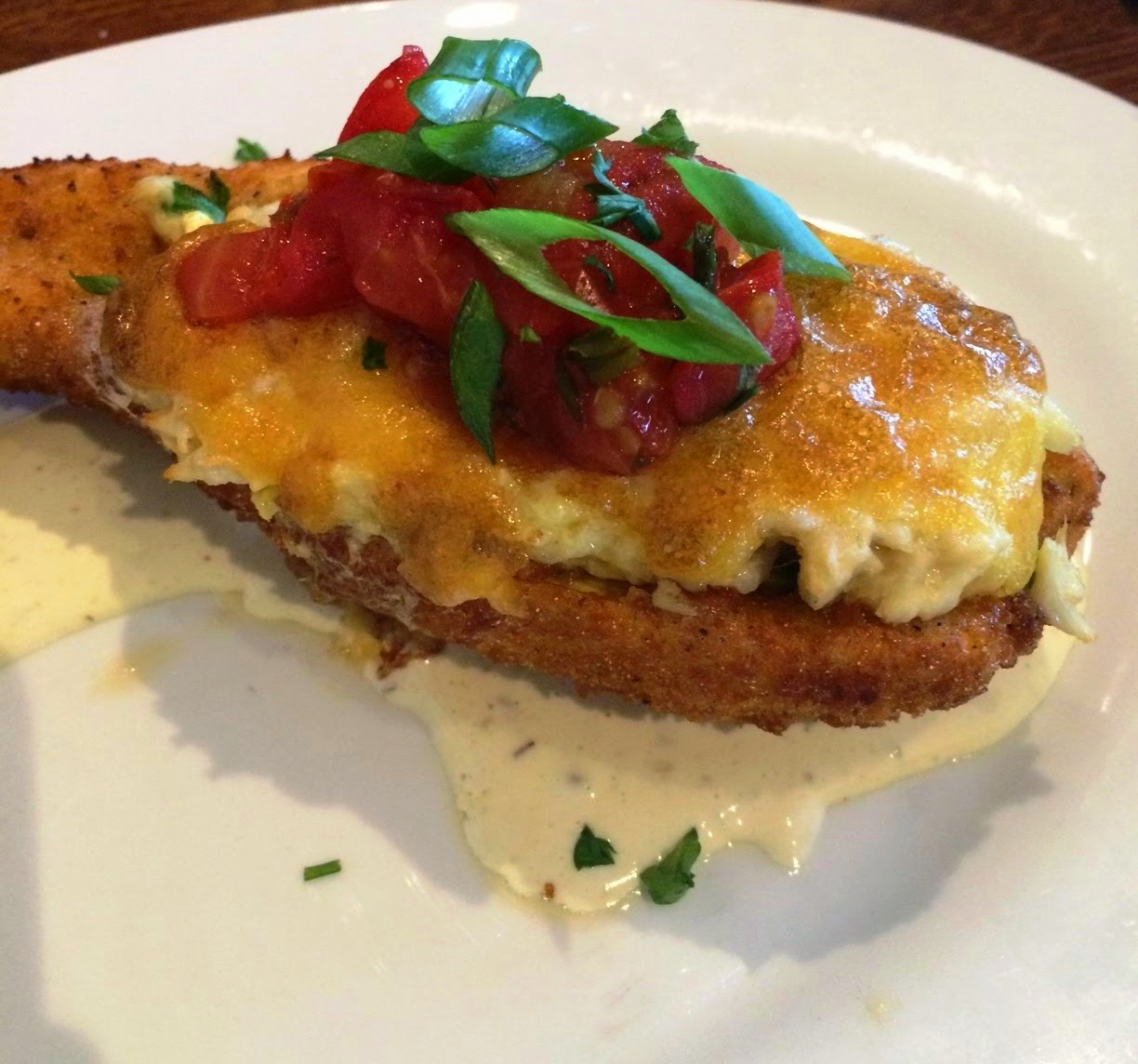 No trip to the beach is complete without oysters, and Stinky's offers 10 varieties. We stuck with traditional raw on the half shell. 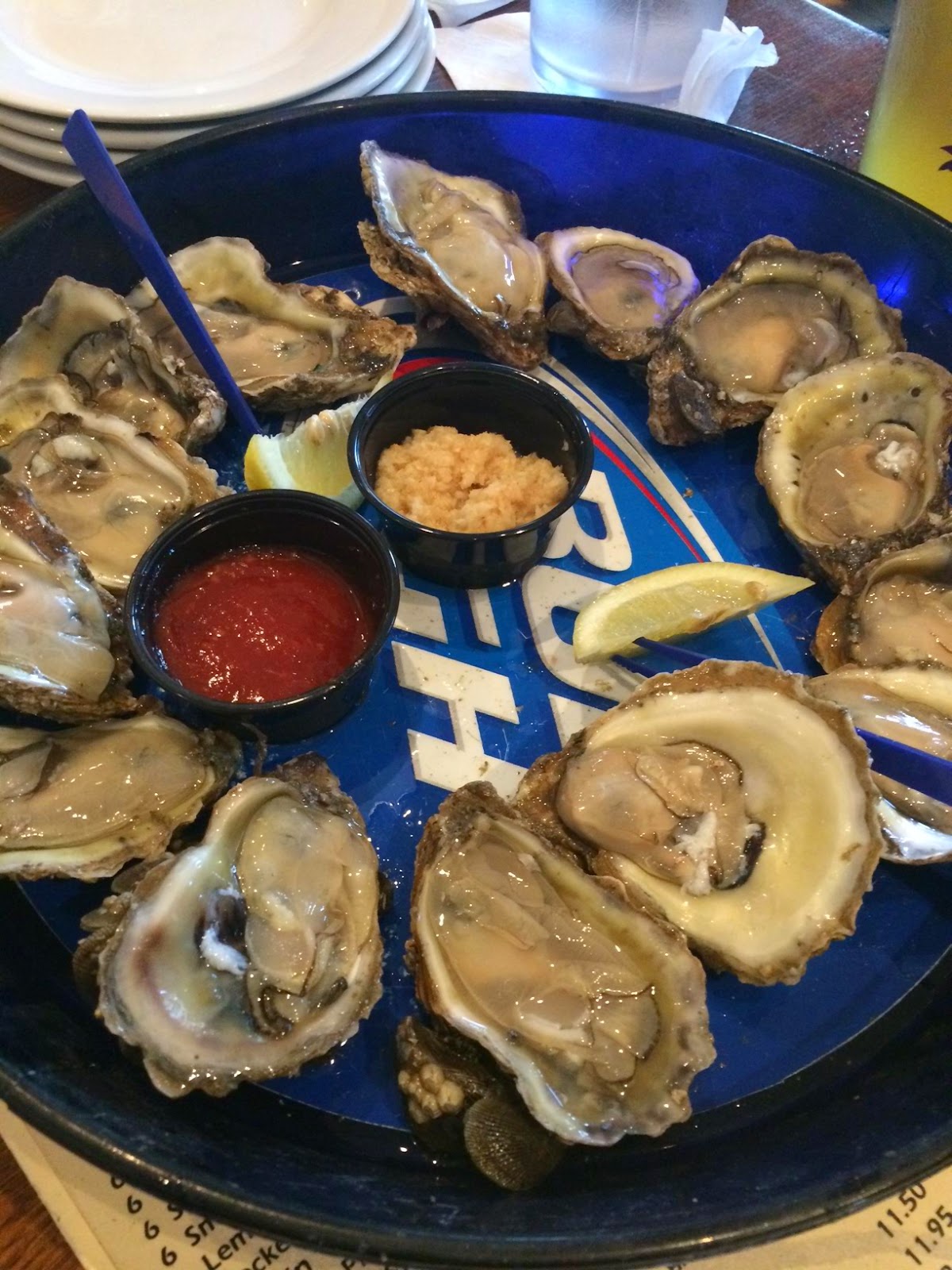 After snacking, my boyfriend and I decided to just split two additional appetizers for dinner. The firecracker shrimp had the perfect kick! 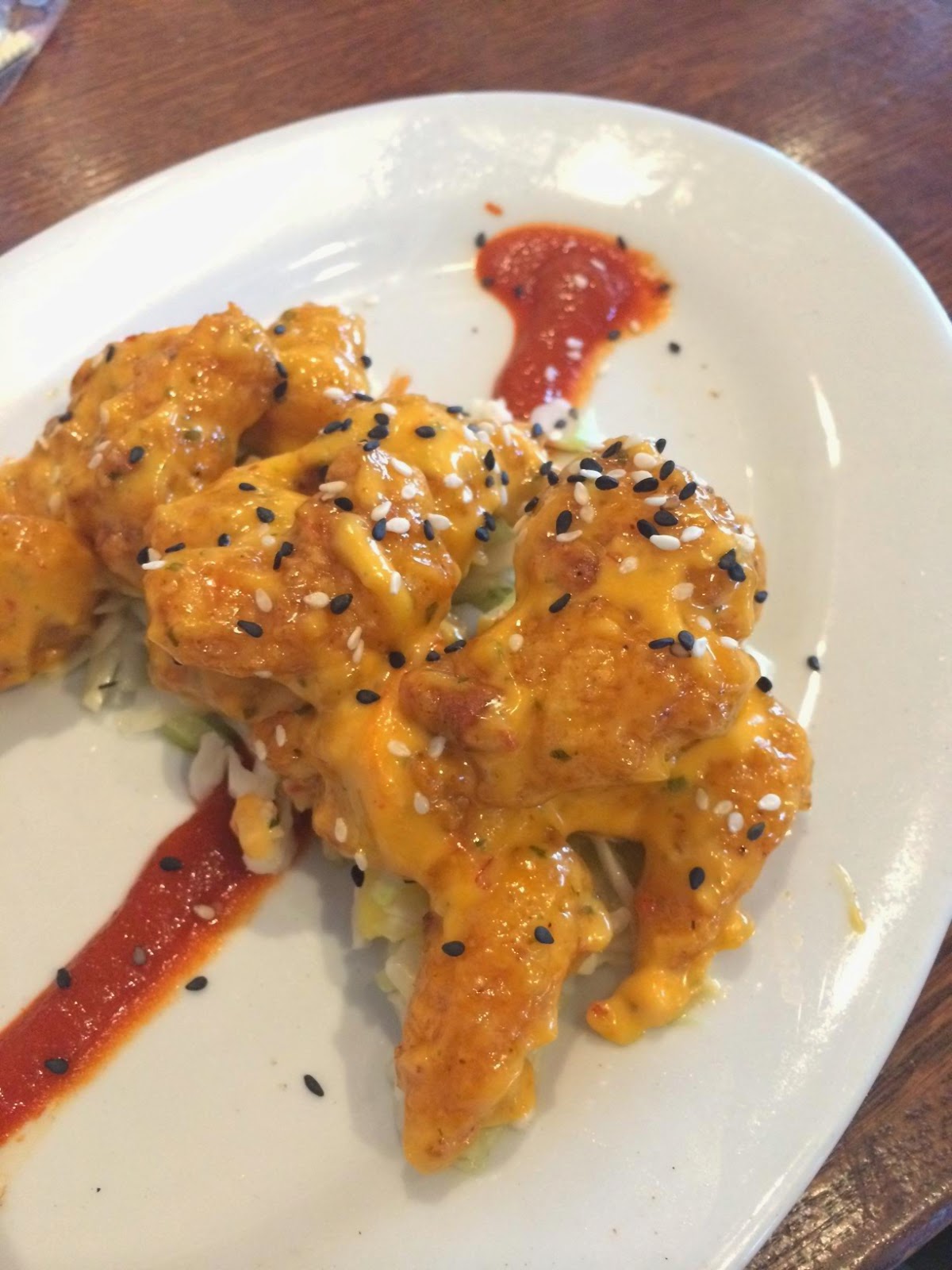 We also had the crawfish hot tamales, which were hand rolled and served with Tabasco sour cream. It was such an unusual but fantastic dish! 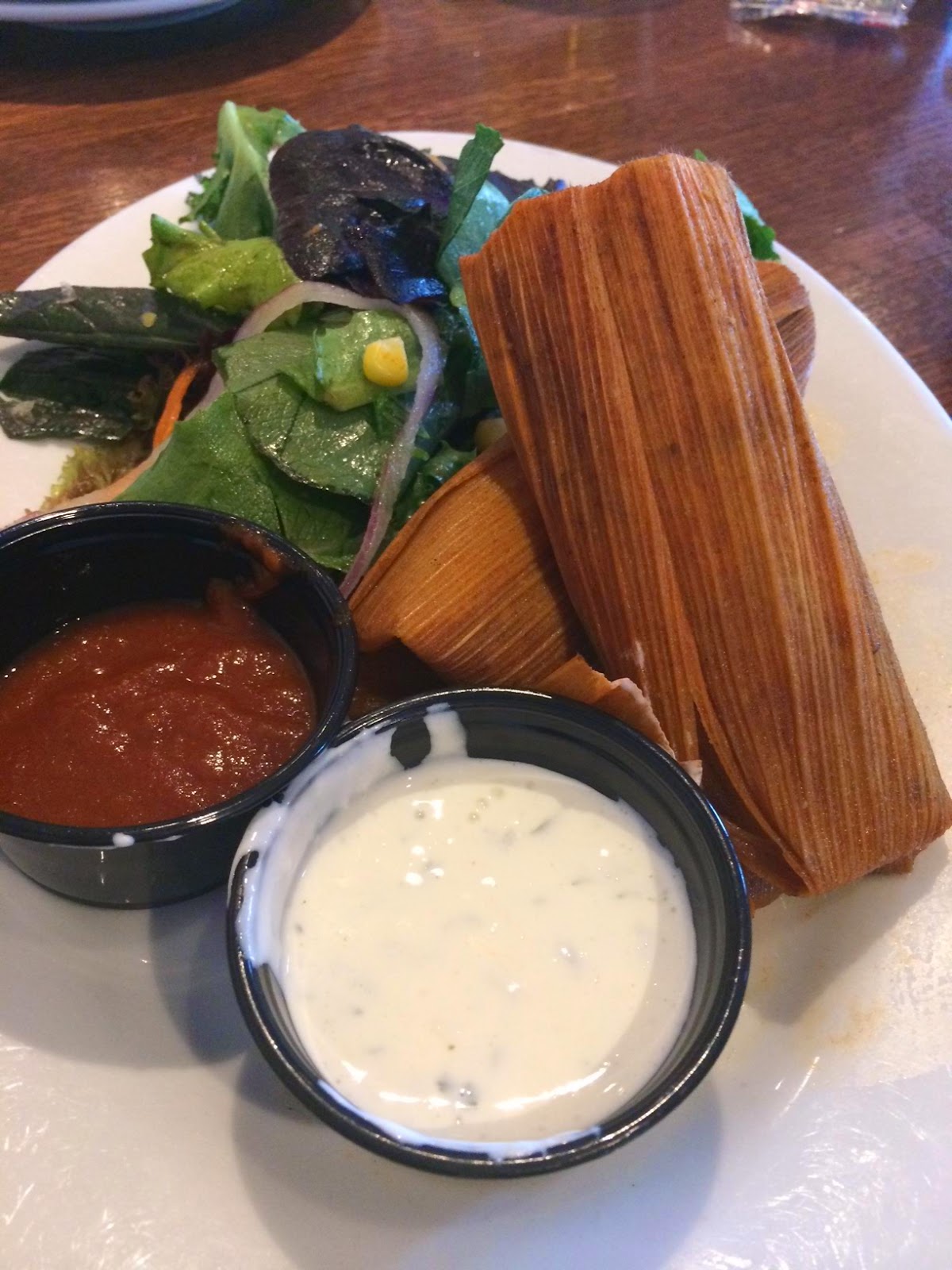 On the actual Fourth, after watching the annual parade down 30A that morning, we grilled ribs, Conecuh sausage, and corn...and feasted on that all day! 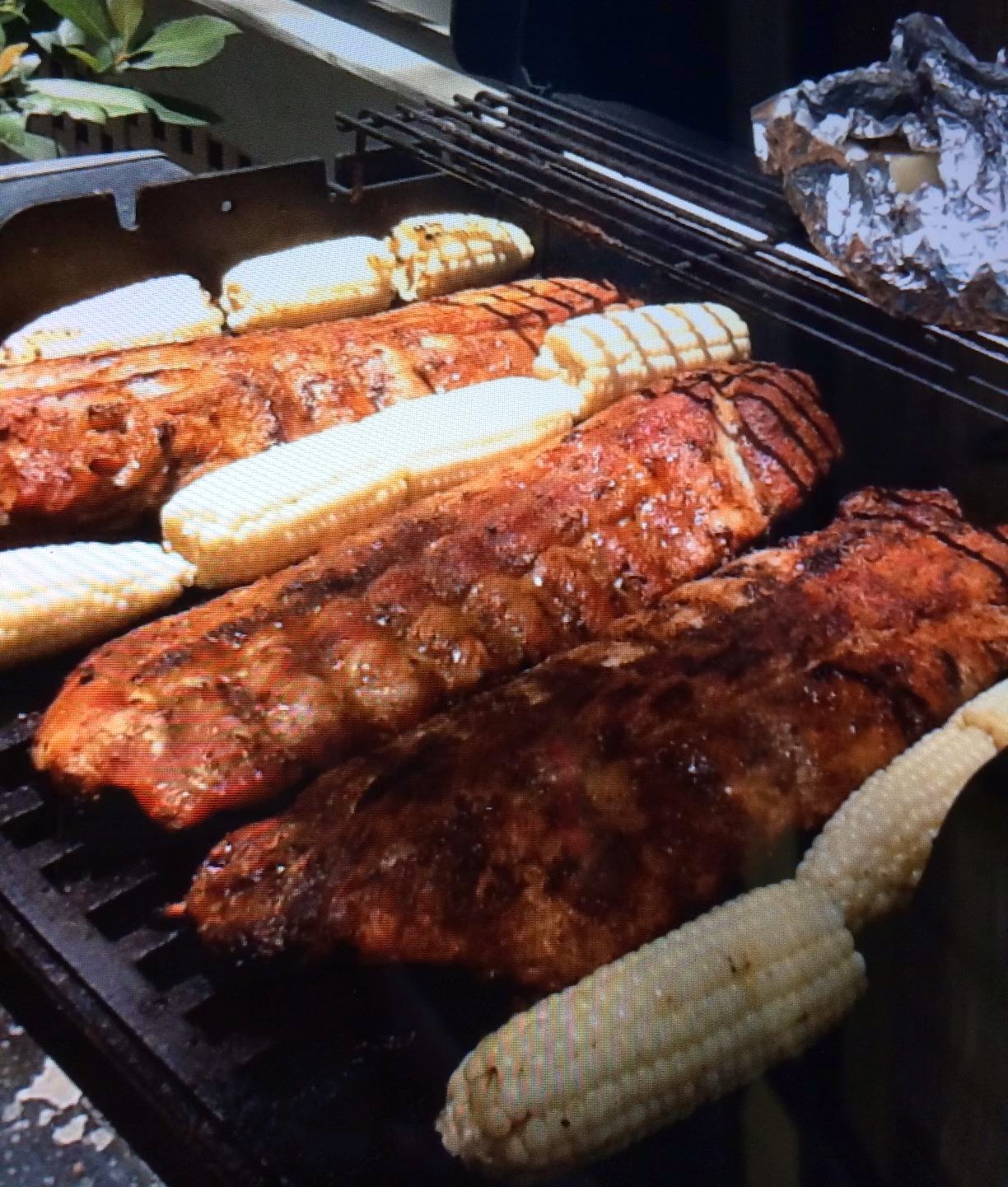 For our last beach meal, we visited another tradition of mine, La Playa. I finished the trip the way I started it, with a grilled fish sandwich. This time, it was mahi-mahi with a tangy chipotle tartar sauce. 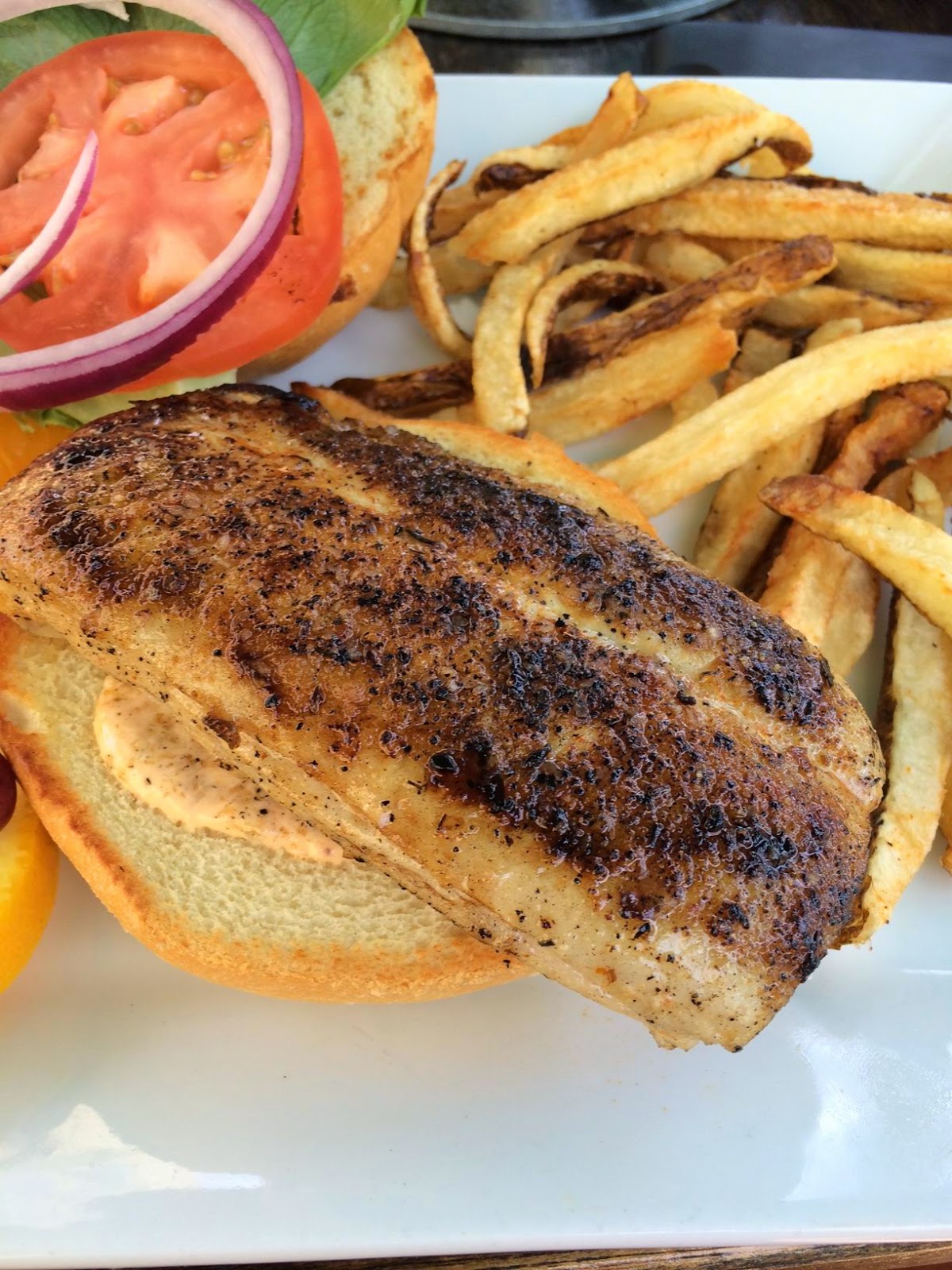 If we had more time, I would have made stops at other favorites, including:

Great Southern CafeBud & Alley'sOld Florida Fish HouseBoragoGeorge'sAlso, be sure to check out the various food trucks (in Airstream trailers) lined up in downtown Seaside. Great offerings!
Did I leave out any of your favorites?